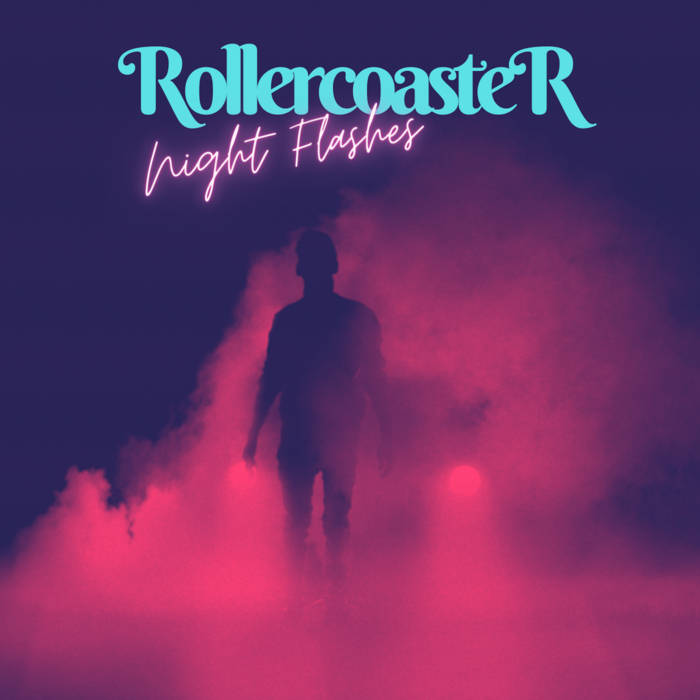 Cyber Djinn I had the title Night Flashes spinning in the skull without having bought it. Otherwise, it gave me a nostalgic shoot, with innovative arrangements and a voice that gives a sacred personality to the EP. Favorite track: No Way Back.

Two musicians, producers and composers from two different musical worlds meet again after two decades of separation. This second meeting was inevitable as the desire to merge their ideas was so strong.

Coming from the Toulouse scene (France), one continued to scour the international rock scene (Voodo Angel) and the other started to produce electronic music on the French Riviera under different aliases (Jessy Mach, Mr Fuzz or Sofian Rouge).

Their childhood is bathed in the universe of the 80's, musical playground of predilection for this combo born at the borders between synthwave and darkpop.

Night Flashes is the first opus of this French duo. You will be able to fully find sound trajectories crossed between Kavinsky, Depeche mode, Gunship, Billy Idol or Def Leppard.

The group knew how to find its place between melodies, glam guitars and analogical synths. New tracks are in the queue as well as a live project that is only waiting for future releases!

All tracks are mixed and produced by Faupin Frédéric at Da Fuzz Studio.

All tracks are mastered by Jean Rumèbe at JLR Studio.