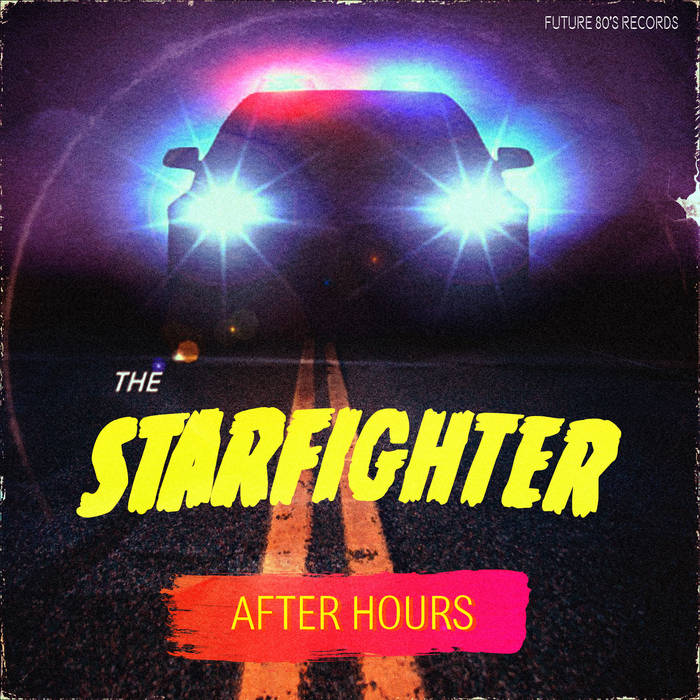 Cyber Djinn The sounds of the keyboards of the 80s are magical. Favorite track: After Hours.

CostumeSpangles I love the more cinematic feel to these tracks. each has a different mood and sets it perfectly. I'm eagerly awaiting more from The Starfighter. Favorite track: T-800.

"The Starfighter" is the alias of Dustin Fraser, a producer from Canada who produces his records in his own home studio. The Starfighter’s sound is reminiscent of Spacesynth and Outrun Electro and while rhythmically influenced by his former journey into House music (under the name "Amasi") it is characterized by an intense cinematic tone in themes.

"After Hours" marks the debut of The Starfighter in a world of retro-inspired music.
The maxi-single kicks off with its highlight also called “After Hours”, a fast paced Outrun theme, soundtrack to a car chase scene of some imaginary 80's action movie. “Night Hawk” follows, introducing itself with cinematic effects to remind you of its inspirational origins, yet soon evolving into a pounding Retro-Electro track that stands on its own. The final track, “T-800” is full of nods to the first Terminator film, complete with movie SFX such as footsep sounds of the T-800 on the prowl and Sarah Connor's breathing, all set under a Nu-Disco influenced dark-themed track.

Boasting three original tracks by Starfighter plus a bonus 12-inch edit by seminal Retro-EDM artist "VHS Dreams", After Hours is a cinematic approach to the Synthwave and Outrun Electro genres yet one which doesn't spare any dance sensibilitiesm bringing the 80's Hollywood chase movie themes straight into the dancefloor.